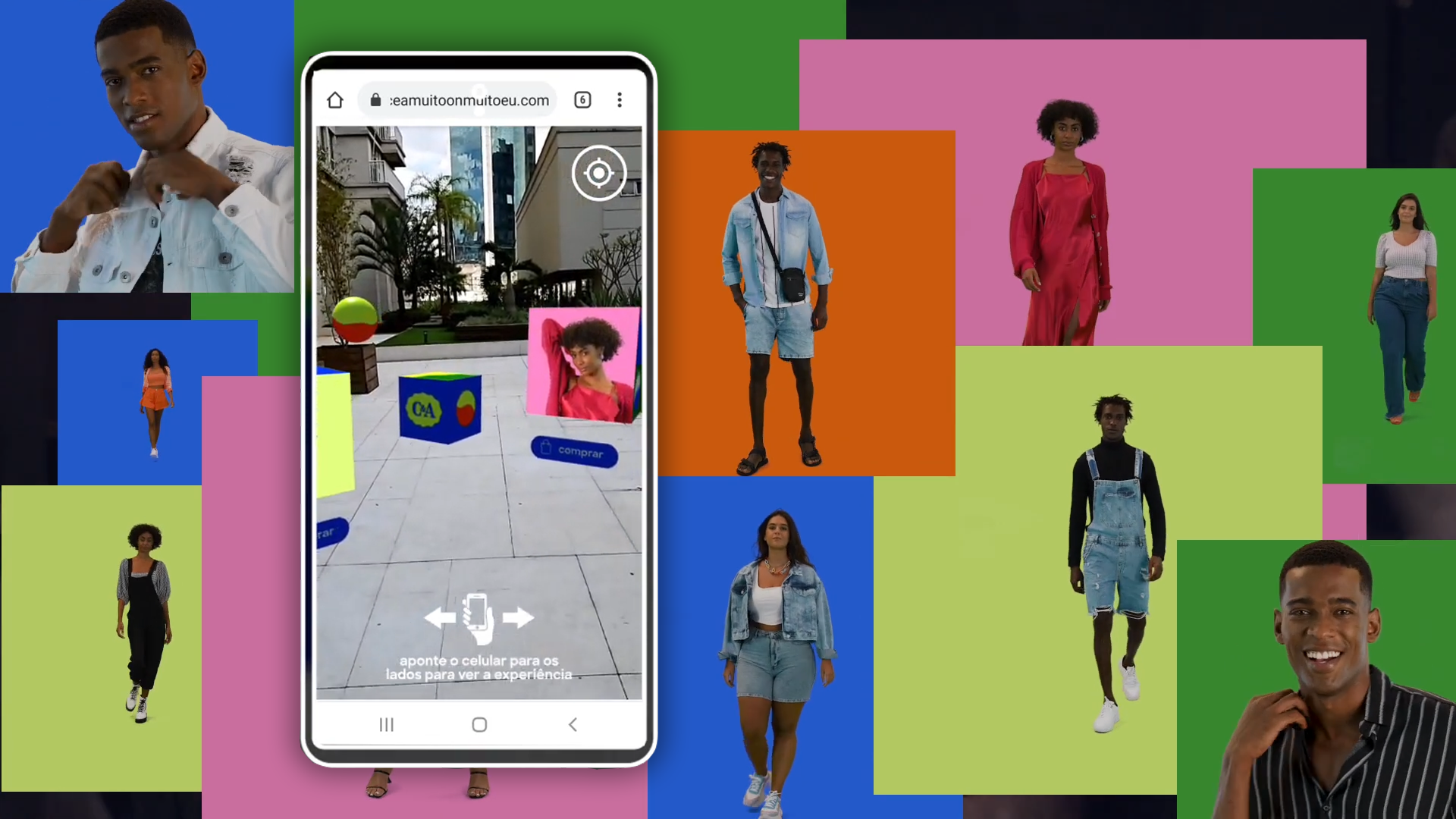 Viewers of Big Brother Brasil 21 were able to access the interactive shopping experience by scanning the QR code on their TV screens. Once scanned, AR activated pop-up boxes that featured models wearing the C&A x Big Brother Brasil collection appeared in their physical space. Users could then explore the pop-up boxes in 360-degrees and search for hidden C&A coupons that they could use for future purchases. If there was an outfit they loved, they could simply tap the “Purchase” button.