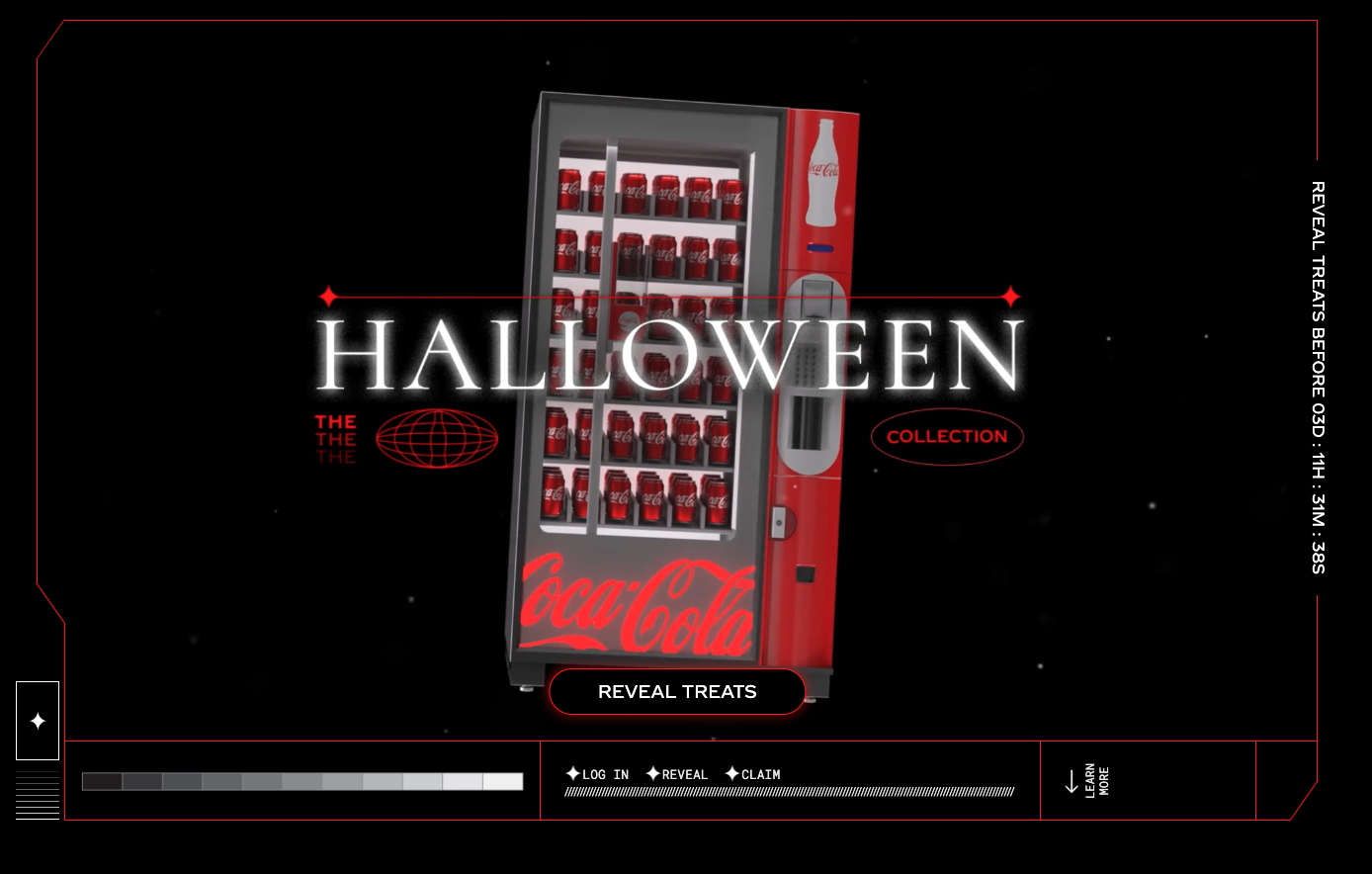 Coca-Cola is bringing Halloween into the Real-World Metaverse this holiday with an augmented reality activation on the University of Southern California (USC) campus. "The Coca-Cola Halloween Collection" is a phygital experience that transforms actual vending machines around the campus into virtual treat dispensers. This web-based experience let students fill their trick-or-treaters bags with digital and physical items found in select vending machines including AR masks, NFTs, apparel, concert tickets and more.

To see what was added to their bag, students visited the Coca-Cola Halloween Collection microsite between October 28-31 to reveal and claim the treats they received. Treats include digital AR masks, digital collectibles, physical PUMA apparel and Coachella 2023 passes. All treats need to be revealed and claimed by midnight on October 31.

This campaign is one of the first commercial experiences to use Lightship VPS for Web, the Niantic Lightship Visual Positioning System (VPS) using the 8th Wall platform. This browser-based technology connects the real world with the digital one by anchoring WebAR content to locations with unprecedented accuracy and precision. It also is the first commercial use of Niantic Lightship Maps for Web, an easily customizable 3D map which users can use to navigate to points of interest particular to an experience.

Developers can get started building their own experiences using Lightship VPS for Web and Lightship Maps for Web by cloning the Lightship VPS World Explorer project from our Project Library.