WebAR projects, case studies and award-winning experiences that are powered by 8th Wall 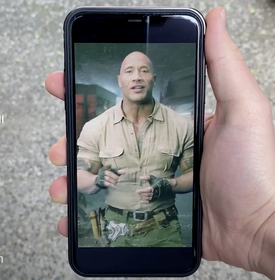 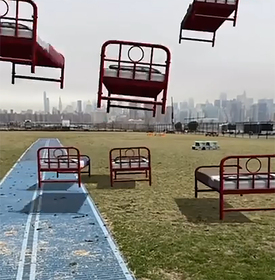 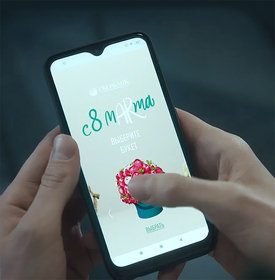 Join the world's most innovative brands in WebAR excellence

WebAR campaigns that push the bounds of immersive media

The King and rapper Lil’ Yachty took over the MTV 2020 VMAs with a virtual performance of “Top Down,” utilizing our World Tracking feature to bring holograms of the duo into viewers’ homes and giving them the chance to win exclusive prizes. The WebAR experience was promoted with a series of TV spots which aired throughout the VMAs, encouraging viewers to scan a QR code.

To mark the debut of its new show, Cursed, Netflix used WebAR to give users the ability to virtually conjure roots and lightning, receive the sword of power and find their path of magic in a series of augmented reality challenges. The Cursed Virtual Experience uses both Face Effects and World Tracking in addition to in-browser video recording to encourage users to share their experience.

Volvo Germany utilizes World Tracking to let customers get up close to the Volvo XC40 Recharge Plug-In Hybrid. Users can scale, rotate, and test out different paint colors on the SUV, then hop inside to explore the detailed interior. Hotspots reveal more information about key features of the car.

To launch its new Harry Potter-themed playsets, LEGO created a WebAR experience that uses voice activation and World Tracking to transform users’ walls and windows into magical portals to another realm. Upon saying “Revelio!” a spell is cast that reveals the wizarding world of Harry Potter which users can interact with.

Garzi the Orphan tells the story of a real life elephant, Garzi, who was orphaned due to poachers. The book is brought to life with a WebAR experience that’s narrated by actress Kate Upton. World Tracking is used to place the characters from the book on the floor so that children and parents can learn first-hand about Kenya’s orphaned elephants and how they can make a difference.

Siduri Wines introduced a series of WebAR experiences including this one which utilizes the physical wine bottle. Upon scanning the label with a smartphone, users watch as a roller coaster track wraps around the bottle and a grape pops out of the lid and takes a ride before disappearing behind a trap door. This experience uses Curved Image Targets to bring the bottle to life.